Email ThisBlogThis!Share to TwitterShare to FacebookShare to Pinterest
Labels: Terrorisme

Email ThisBlogThis!Share to TwitterShare to FacebookShare to Pinterest
Labels: Religie

Email ThisBlogThis!Share to TwitterShare to FacebookShare to Pinterest
Labels: Globalisering

Email ThisBlogThis!Share to TwitterShare to FacebookShare to Pinterest
Labels: Religie 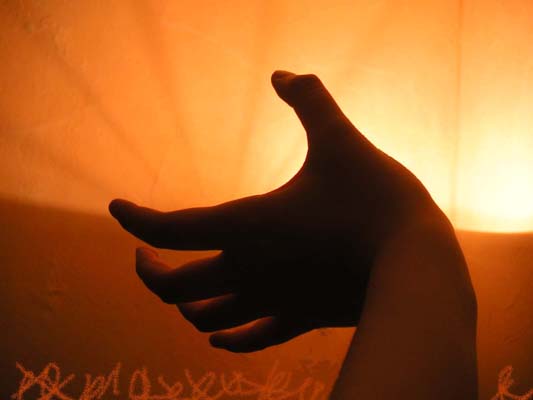 2) It is better to travel hopefully then to arrive

The life according to Keesjemaduraatje

some readers have asked me to explain my move from the left-wing political spectrum to the right wing. First I tried to defend this choise by stating that left and right are no longer useable criteria in politics. Another try was the log below explaining the move of Alexander Cohen from anarchist to monarchist. It did not help. My friend Wim Nusselder helped me out by sending me a diagram as shown below.

In this diagram, two criteria are used: economic regulation by the state and the degree of individual freedom we want. By answering a set of questions on http://www.politicalcompass.org/ , we can find out where we are in the two-dimensional spectrum of economic scale and social scale. In the diagram below we can see where famous leaders stand for in this scale:

Of course you can also have different opinions about how left-wing Hitler was on a economic scale. To my opinion there was not much difference between him, Stalin and Sadam Hussein.
More important is the conclusion that there is not such as a one-linear scale from right wing to left wing, where only left wing has the only right answers to fascism. In the picture below we can see that most current leaders are in the authoritarian right quarter of the diagram.

Now you want to know where my standpoint is? I used to be a neighbour (in the diagram) of Ghandi.
I only moved a few centimeter to the right in the direction of Friedmann. So I am libertarian right.
This means that my standpoints are pro:

That makes me a right wing libertarian. I am happy to know what is. It is not a disease.

The speech of George W. Bush in Margraten

The speech of George W. Bush in Margraten Limbirg Netherlands.

copied and pasted by: keesjemaduraatje
(please mention my comments at the end of the speech)

Text of Bush's speech
By Associated Press
Published May 8, 2005

Text of President Bush's speech Saturday in Margraten, The Netherlands, as released by the White House.

Your Majesty; Mr. Prime Minister; Mr. Mayor; distinguished officials of The Netherlands; veterans and their families, including the 104th Infantry Division, known as the Timberwolves; the unit of Harold B. Welch - my father-in-law, the father of First Lady Laura Bush - Congressman Hoekstra; General Jones, General Franks; Superintendent Schwind; fellow Americans and friends:

On this peaceful May morning we commemorate a great victory for liberty, and the thousands of white marble crosses and Stars of David underscore the terrible price we pay for that victory. For the Americans who rest here, Dutch soil provides a fitting home. It was from a Dutch port that many of our pilgrim fathers first sailed for America. It was a Dutch port that gave the American flag its first gun salute. It was the Dutch who became one of the first foreign nations to recognize the independence of the new United States of America. And when American soldiers returned to this continent to fight for freedom, they were led by a President who owed his family name to this great land - Roosevelt.

Some of those brave troops are here with us today, and we welcome you and we honor you. And they're here with their Dutch comrades. They share a love of liberty. In the war that came to an end 60 years ago this day, all those who fought for freedom made sacrifice, and many gave their lives.

In the Voice of America's radio broadcast from London on the first V-E Day, the announcer asked Europe to "think of these Americans as your dead, too." In Dutch hearts, they already were. The Americans saw the Dutch spirit in action within weeks of liberation, when this new cemetery marked its first Memorial Day. It was still a time of hardship and want and depravation; yet Dutch citizens from 60 local villages collected 20 truckloads of flowers so that every American grave here would be decorated when the sun came up on Memorial Day. And in the six decades since, the Dutch have continued this wonderful tradition by adopting and attending to the graves of the people they never met. Your kindness has brought comfort to thousands of American families separated from their loved ones here by an ocean. And on behalf of a grateful America, I thank you for treating our men and women as your sons and daughters.

Today we join them at this hallowed ground. We come first to remember the young Americans who did not live to comb gray hair. Each man or woman buried here is more than a headstone and a serial number; each person here has a name that is precious to some family. And in faded black and white photographs, each one here looks back at us in the full glow of youth: the fresh-faced American in uniform; the newly minted officer with a smiling sweetheart on his or her arm; or the young dad traveling, holding a baby son or daughter on his knee. Every one of these Americans added his own unique contribution to the story of freedom.

In this cemetery lies Willy F. James, Jr., one of seven African American soldiers from the second world war to win the Medal of Honor. On this memorial wall is inscribed the name, Raymond Kelly, a young man studying to be a priest in Detroit, who could have sat out the war, but gave up his exemption to serve his country. And in this ground rests Maurice Rose, the brilliant division commander who led the first Allied troops into Germany. Here they rest in honored glory with thousands of their comrades in arms, and here we come to affirm the great debt we owe them.

We come to this ground to recall the evil these Americans fought against. For Holland, the war began with the bombing of Rotterdam. The destruction of Rotterdam would be a signpost to the terror and humanity that the Nazi lie would impose on this continent. Like so much of Europe, over the next years of occupation, Holland would come to know curfews, and oppression, and armed bands with yellow stars, and deportation for its Jewish citizens.

The winter just before liberation was the worst. When Dutch railway workers went on strike to make it harder for the German army to reinforce their troops, the Nazis responded with a blockade that made fuel and food even more scarce. Amsterdam would wait for liberation longer than almost any other city in Europe. Before it came, more than 20,000 Dutch men and women and children would perish in what was called the "hongerwinter," and many others were reduced to eating tulip bulbs to stay alive.

For some, V-E Day brought hope for normalcy, after almost five long years of occupation. For many others, including a Jewish girl named Anne Frank, hiding in an attic, V-E Day would come too late, two months after the institutionalized evil of Bergen-Belsen took her young life. And for still others, V-E Day would bring a lasting sense of solidarity with those who fought. One resistance leader put it well: "We are one because, together, we believed in something."

And so we come to this ground to remember the cause for which these soldiers fought and triumphed. At the outset of the war, there were those who believed that democracy was too soft to survive, especially against a Nazi Germany, that boasted the most professional, well-equipped and highly trained military forces in the world. Yet, this military would be brought down by a coalition of armies from our democratic allies and freedom fighters from occupied lands and underground resistance leaders. They fought side-by-side with American GIs, who, only months before, had been farmers and bank clerks and factory hands. And the world's tyrants learned a lesson: There is no power like the power of freedom, and no soldier as strong as a soldier who fights for that freedom.

Private Robert Lee Rutledge was one of those soldiers. He gave his life fighting against a brutal attack by two Nazi divisions. Weeks before he died, he wrote a letter to his daughter on her fifth birthday. The letter was addressed to little Ginger Rutledge in Lumpkin, Georgia. Private Rutledge told his daughter, "You're too young to understand it now, but you will later. It's all for your benefit. You came into a free world, and I want you to finish in one."

Sixty years later, Ginger is still free, and she does understand. And so do her three children and eight grandchildren. Private Rutledge did his job well, and the men who fought and bled and died here with him accomplished what they came for. The free America that Ginger grew up in was saved by their courage. The free Europe where many of them lie buried was built on their sacrifice. And the free and peaceful world that we hope to leave to our own children is inspired by their example.

On this day, we celebrate the victory they won, and we recommit ourselves to the great truth that they defended, that freedom is the birthright of all mankind. Because of their sacrifice and the help of brave allies, that truth prevailed at the close of the 20th century. As the 21st century unfolds before us, Americans and Europeans are continuing to work together and are bringing freedom and hope to places where it has long been denied: in Afghanistan, in Iraq, in Lebanon, and across the broader Middle East. Freedom is a permanent hope of mankind; and when that hope is made real for all people, it will be because of the sacrifices of a new generation of men and women as selfless and dedicated to liberty as those we honor today.

May God bless you all.

Comment:
The most powerfull sentence is:
"There is no power like the power of freedom, and no soldier as strong as a soldier who fights for that freedom."

The text about the railway strike is a bit confusing. Further investigation is necessary to find out if there is a direct relationship between the strike and the blockade. Until now I thought that the allied troops were eager to free Berlin before Stalin would occupy whole Germany. That is why the North of the Netherlands where not liberated. The "hongerwinter" was a mixture of blocked German troops, the cold winter and mismanagement. My father told me that in this winter there where not much fights in the province Noord Holland , because the Germans realized that the war was over. Email ThisBlogThis!Share to TwitterShare to FacebookShare to Pinterest
Labels: Terrorisme

Email ThisBlogThis!Share to TwitterShare to FacebookShare to Pinterest
Labels: antifa

Email ThisBlogThis!Share to TwitterShare to FacebookShare to Pinterest
Labels: antifa